No products were found matching your selection.

The Celestron SkyMaster binoculars were actually designed with astronomers in mind, tailoring them to the specific needs of astronomical viewing. There are many options out there when it comes to the so-called giant binoculars. Giant binoculars are binoculars that magnify 10 times or more. Although they aren’t actually much bigger than standard binoculars, they do have large front lenses to allow for such a large range of magnification.

The Celestron SkyMaster binoculars have multi-coated optics, meaning a sharp image. They also feature an aperture that is large, making it perfect for low-light viewing and stargazing – making them the perfect giant binocular for astronomy use.

The Celestron SkyMaster models include a universal tripod adaptor, and you can easily buy a camera tripod that will work well with them. Used like this, it can be positioned and aimed very similarly to a telescope, which also means astronomy hobbyists will appreciate these binoculars. If you don’t want to use a tripod, these binoculars are lightweight enough to use by hand for fairly long periods of time, although most users do find that a tripod is a nice addition.

SkyMaster have an advanced diopter adjustment, which means you’ll be able to accomplish fine focusing. Astronomers will also appreciate this feature as they will be able to get many superior levels of focus at various distances. These binoculars also feature BaK-4 internal prisms producing bright images that are sharp and crystal clear. Astronomers will also appreciate the smooth centre focusing mechanism that makes using them a breeze.

Celestron SkyMaster binoculars are available with 70mm, 80mm or 100mm lenses. All models include a tripod adapter. The SkyMaster 15×70 and 25×70 have 70mm lenses so are not as large as the 80mm or 100mm models. You can use them without a tripod for short periods of time. If you choose to mount them on a tripod then most photographic tripods will be suitable (as long as they can support the size and weight). We also have heavier duty tripods which will work best with these models.

The larger models SkyMaster 20×80 and SkyMaster 25×100 binoculars offer outstanding image brightness and optical performance. These are highly recommended for astronomy. These two models require the use of a stronger tripod in order to support their size and weight. The Avalon Universal PRO Tripod will work well with these models.

Here’s the really good news: The Celestron SkyMaster Binoculars are affordable. In fact, in the world of giant binoculars, these may be the best performing affordable binoculars you can buy. Reviews have shown that this reasonably priced model holds up next to the amazingly expensive ones out there. 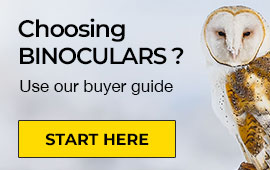